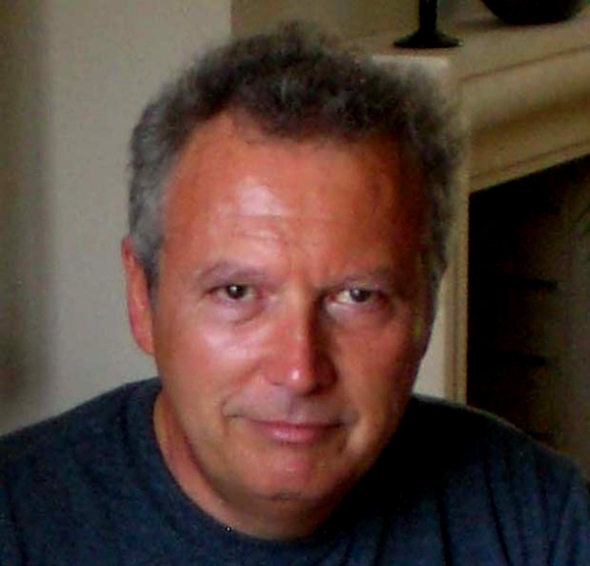 Hello Bernard ! Please introduce yourself, and tell us your musical history.
My name is Bernard Gueffier. My interest for music started with the first Progressive releases back in the late 60’s with Moody Blues.
I was so impressed by this new creative style that I became rapidly a great fan of Prog, searching and buying vinyls throughout Europe. I was living in a small French town were it was not easy to find the latest LP released, so I used to buy though mail orders from UK and Germany. After a while, more and more friends asked me to import records for them and this became my first business in the musical field. Later in the 80’s, I observed that all record companies forgot about Progressive Rock and turned to more profitable styles such as Punk or New Wave. I found particularly inacceptable that any music style may be condamned only for profit reasons. This conclusion led to the creation of Musea Records in 1985 as a Non-Profit organization.

Do you remember your first purchase?
Absolutely ! During a stay in UK in 1969, I purchased “On the Threshold of a Dream” by Moody Blues which was my first ever LP. I was so impressed by the classical form of this album, by the use of Mellotron which gave a so strong symphonic touch to this work that I think that my taste for all Symphonic music comes from that time !

I think the French 70’s scene was different than the Italian, and UK for example, and French artists were far more inspired by bands like SOFT MACHINE, rather than YES and KING CRIMSON. Why was it like this ?? Or am I wrong ?
You are right ! One of the reasons for this is historical: in 1967 Soft Machine came to France to play their famous shows on the French Riviera, particularly in Saint Tropez. When they wanted to go back to London, Daevid Allen, an Australian citizen, was denied re-entry to the UK and forced to stay in Paris where he formed Gong. Starting from this time, this musical style later called “Canterbury scene” had two heads, one in UK, and a second one in France. Thus the influence of these groups became much important in France in the early seventies with bands like Moving Gelatine Plates, Contrepoint, Travelling etc.

I know you started early with your vinyl passion. How do you think the music progressed from the time you begun to discover music to today’s style ?
Generally speaking, scientists know that any evolution is not a progressive process but rather a process evolving by irregular steps. And most observers of popular music evolution agree to consider that within de few years between 1969 and 1975, a peak of creativity happened. In a few years lots of new styles, new musical experiences, new fusions between various styles of music were invented, giving birth to the so-called Progressive Rock.
For me, most of the music released after 1975 is only the continuation and exploitation of the discoveries of the previous years, nothing quite new indeed !

Musea and it’s sublabels have been one of the most productive European progressive rock labels in the 90’s and to present time. I guess around 1000 releases, how did you manage all these releases ?
Actually we released over 1500 albums since 1985 !
After just a few years, we reached a release rhythm of one new CD every week, roughly 50 releases per year. In the first years, many of these releases were reissues of vinyls albums from the 70’s. But in the 90’s we saw lots of new Progressive bands emerging from all over the world and Musea wanted to open its catalogue to these young bands.
Musea team includes a Production Dept which handle the CD releases. Generally, we received from the bands the complete material ready for printing the CD’s, i.e audio master and graphic files for the booklet. Most of our work consists to include the legal and technical elements in these graphic files, such as bar code, logo etc. and make all legal declaration before pressing.

What sort of music do you mainly focus on?
All over the years, Musea opened several labels, each one devoted to a specific style of music: after Musea devoted to Progressive and Symphonic Rock, we lauched Musea Parallèle, with a more open musical field, Ethnea (Folk and World Music), Dreaming (Electronic Music and New Age), Great Winds (Jazz), Angular Records (Neo Prog), Bluesy Mind (Blues)…
All these different styles have their place in Musea and we do no focus on any specific style.

How do you discover new music?
After almost 30 years of existence and +1500 CD’s released, I think Musea is known in the whole world as a possibility of release for musicians creating in the above mentioned styles.
Every morning, I receive demos and albums submissions from all over the world, usually 3 to 5 each and every day of the year !!!
So it is very easy for me: i only have to listen to these submissions and decide which CD I want to release or distribute.

Musea have been great to give new artists a chance to release their music, but you also did a lot of old French 70’s music. Was there a early plan to work this way ? Many labels either do new, or old music.
Our aim when starting Musea was only to promote Progressive Rock and allow this musical style to keep on existing. In the mid-80’s most available Prog albums were releases from the 70’s. This is why we started with a strong reissue collection, on vinyl at that time, with bands like Atoll, Pulsar, Sandrose, Zao, Asia Minor etc.
Then, when new artists started to compose again in this style, we opened our catalogue to their music (Jean Pascal Boffo, Minimum Vital, Halloween etc.)
Today, there are very few 70’s reissues still to be done and most of our releases are from new bands.

Please let us know more about the French vinyl collecting situation. Many
people who collect?
Yes, this is a new trend amongst French collectors: some new records stores opened, mainly devoted to vinyls, as well as new records labels reissuing albums on vinyls. But this new market is far from compensating the decrease of the CD market and remains limited to collectors.

Where do you prefer to buy your records?
Obviously, specialized record stores are the right place to buy music ! You can find rare records, and some useful advices from sellers. But of course, one can not forget the Internet stores which are sometimes the best place to find rare records.

Name three records that are special to you, and will be buried with you.
Please tell us the story of how you got hold of them.
SOFT MACHINE “Fourth”
GONG “Angels Egg”
KING CRIMSON “In the Court”

I discovered each of these albums at the time of their release when I was between 15 years old (KC) and 19 years old (GONG). I think that the first music you listen when you are an adolescent is marked forever in your memory and is the basis of your musical culture for the rest of your life. Furthermore, these albums were creative at a level that was never reached later.
At that time, my record collection was not huge as today and I could listen to the same album several hundred of times ! This is also a reason why I was so influenced by these early works.

And finally: what do you see in the future of record collecting?
Like any collection, records collection will go on for centuries, I am quite confident about this !!!