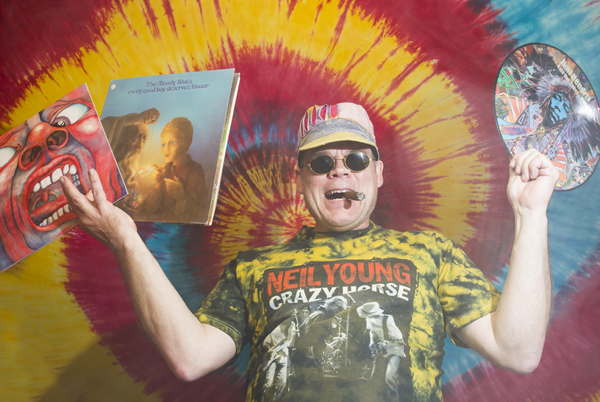 Hello Peter!  Please introduce yourself, and tell us your musical history!
Hybrid of hippie and hard rocker. Born in Karlskrona, Sweden 1961. For the last 30 years, I have worked, mainly as a photographer, for the Swedish motor magazine publisher Albinsson & Sjöberg, as well as having been the editor of several magazines. My interest in music seriously happened in the early Seventies. At my neighbour, who was a few years older, I got to hear The Beatles and Creedence Clearwater Revival, among other things. I was spellbound! Pretty soon, I was sucked in by hard rock, with bands like Deep Purple, Alice Cooper, Black Sabbath, Nazareth, Slade, Status Quo, and Thin Lizzy. Also progressive music, like Pink Floyd and Genesis! Around ten years later, I started to go back in time somewhat: a lot of Rolling Stones, The Doors, King Crimson, The Moody Blues, and more Creedence and The Beatles. My “decade of music” is definitely 1967-1977.

Do you remember your first purchase?
Absolutely! For money I had received as a birthday present when turning 12 in 1973, I bought “Made In Japan” by Deep Purple. I had recently heard the riff of “Smoke On the Water” at a friend’s place. The double album was pure dynamite, and marked the start of an intense interest in music that has grown over the years.

When meeting you, in person, I get the impression that you have been into the music for a long long time, and was a part of the 70’s and 80’s scene.  How do you think the music progressed from the time you began to discover music to today’s style?
Every generation has its music. For most people, it’s easier to go back in time, than go forward. I don’t know what’s today’s style in a mainstream context. I NEVER listen to the radio or streamed music. 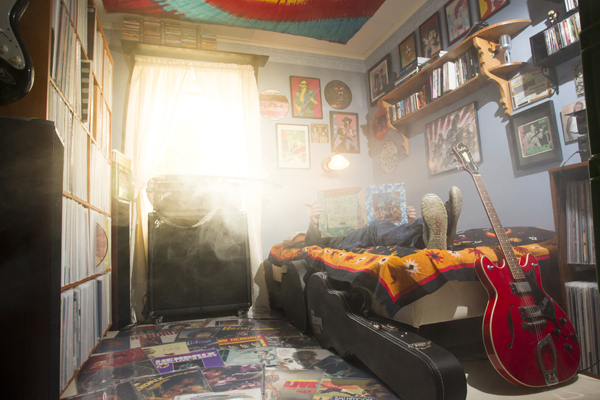 I know you’re also a vital part of one the best Swedish music magazines, Rock’n’Roll Magazine, please let us know how it came the magazine was born,
and how it have progressed from the start!
The publishing house had a magazine called “Nostalgia Special”, consisting of issues with different themes. The publisher asked me if I wanted to make a special issue. “Sure, and it will be about rock’n’roll”, I said. That’s how the fist issue came about in 2011. The following issue was about buses and trams… However, the response to the rock’n’roll issue was so good that we pretty soon established Rock’n’Roll Magazine, which is a bi-monthly, focusing on rock music from the Fifities through the Seventies. Our readership increases with each issue.

Most people want to read about bands and artists they are already familiar with. But there are also a lot of people who are open to hearing music they haven’t previously heard of. Speaking for myself, I have discovered several bands that I didn’t know much about since we launched the magazine. 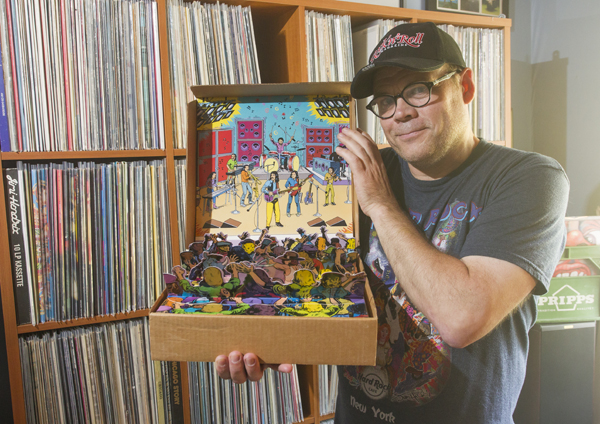 Myself, I like the wide range of articles that you presents, from guitar builders, to jukebox collectors, old rock legends, record collectors, record reviews, which I do not see many other magazines have. What kind of articles do you get the most nice feedback on?
We have invented our own series called “The Record Bin”. We let well-known artists and musicians, like for example Ian Gillan, Slash, or Alice Cooper go through a pile of LP’s with other artists that we know that they are related to in one way or another, and have them tell anecdotes they have never told before. A lot of fun, and very appreciated by our readers!

What sort of music do you mainly focus on, in your own collection ? When did you start to collect, and how big is it these days?
I focus more on artists and bands I like, than musical styles. For example, I have all official LP releases by Jimi Hendrix, The Rolling Stones, Neil Young, Camel, ZZ Top, Deep Purple, Pink Floyd, and Frank Zappa.

I started buying records in the early Seventies. But the actual collecting started in the early 90’s, when I was obsessed with having complete LP collections by my favourite acts. It is when you get obsessed, and start filling the gaps, that you are considered a collector! I have an estimated 3000 albums by very few different acts.

I bet you’re one of those difficult Frank Zappa collectors … How come this genius didn’t reach out to more people than he did ?? Either you love, or hate him…(I am one of the admirers too…)
Frank Zappa is like olives, hard liquor and Motörhead. The first time you come in contact with any of these, it’s horrible. But, if you force yourself to keep exposing yourself to any of them, it gradually becomes extremely rewarding and, in many cases, addictive …

Regarding Frank Zappa, a lot of people may have listened to an album that didn’t suit them, and then formed an opinion … Zappa made albums that were very different from each other …
I have everything Zappa released until the time of his passing, and a few more… My favourite is “Hot Rats”. 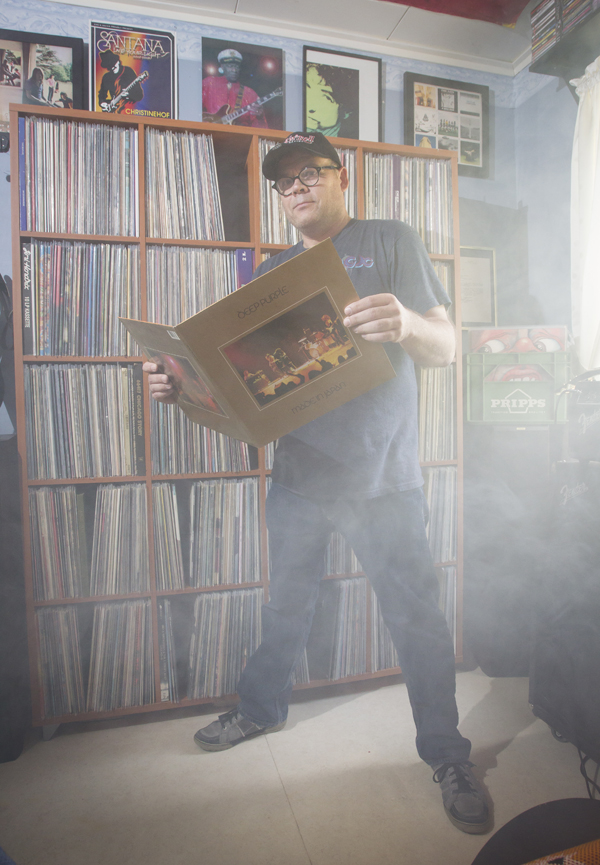 How do you discover new music?
This is often liked to an artist or band I already like. For example, after having listened to Frank Zappa for decades, this led to all of Captain Beefheart’s albums, and Jean-Luc Pontý.

Please let us know more about the Swedish vinyl collecting situation. Many people who collect? And what kind of people do you get the impression who still keeps opening their wallets for that particular vinyl?
I don’t have any figures regarding the number of collectors in Sweden. It’s hard to make an estimation. A lot of them are probably anonymous. Regarding buying “holy grails”, it is collectors at the age of 50+, or 60+ who are willing to pay large amounts for Vertigo albums with the swirled label, or 10,000 Swedish kronor or more for a mint condition Jimi Hendrix release on the Track label.

Where do you prefer to buy your records?
In record stores. Nothing beats looking up record stores with a good selection while travelling. 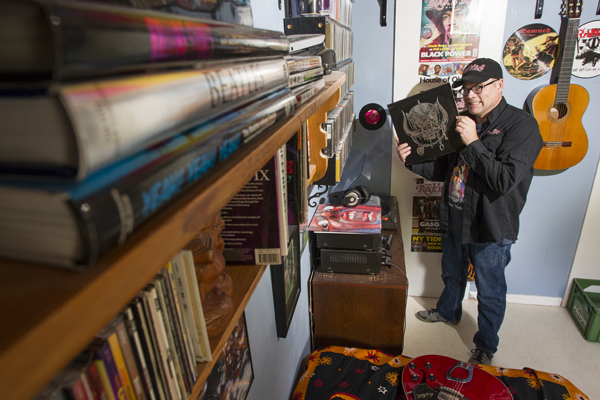 Name three records that are special to you, and will be buried with you.
Made in Japan – Deep Purple.
Are You Experienced – Jimi Hendrix.
Weld – Neil Young.

And finally: what do you see in the future of record collecting?
I see young people who are interested in music and want to get away from the computers, and see the artistic values of album covers. Collecting is a rewarding hobby in itself. It’s impossible to collect digital music – it would be like collecting air, wouldn’t it?